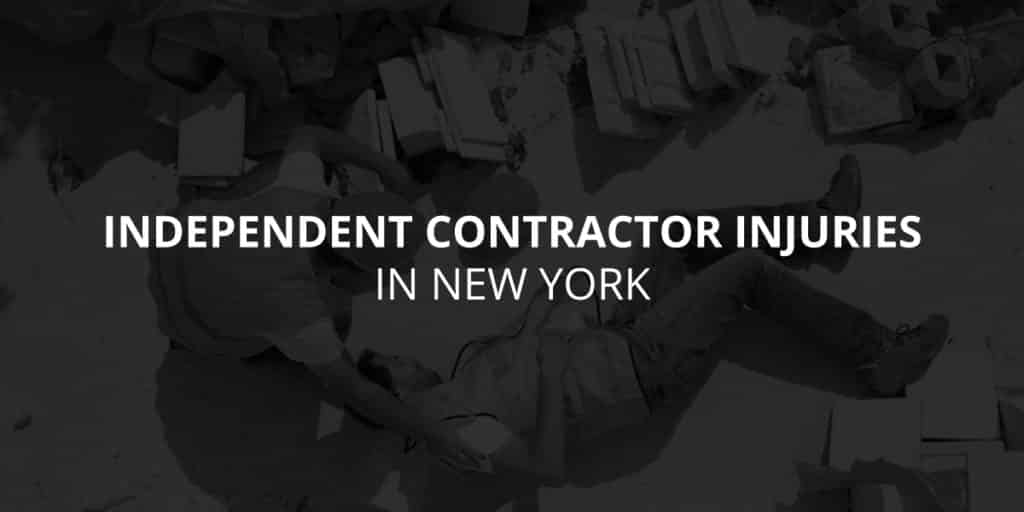 If you’re an independent contractor in New York then you have a good understanding as to how things tend to go wrong on the job, even when you scrupulously plan out every specific detail. Human error, faulty materials, and countless other factors can lead to accidents and subsequent injuries while on the job, which is why independent contractors should more than likely have their own customized insurance.

But no matter what, you’re going to need the assistance of a workplace injury lawyer if you’re a New York independent contractor who’s been injured on the job. Our team of attorneys is always here for you, so always feel free to contact us for a free case review so we can get the necessary information we need to begin putting your case into action.

How is an Independent Contractor Defined?

When Will Workers’ Compensation Benefits be Awarded in New York?

When any third party’s negligence leads to a workplace injury, there can be grounds for an independent contractor to file a personal injury lawsuit against that third party or their employer.

This is part of the reason why it’s so important, especially on smaller projects, for homeowners and other contractors to only higher independent contractors who can show proof of personal liability insurance.

How Do You Get Independent Contractor Insurance in New York?

There are generally two options in terms of obtaining insurance coverage, including:

There are different permitting and licensing regulations throughout New York, so you are going to want to have one of our attorneys help explain how specific licensing rules may affect your specific situation. There are always going to be a variety of ways in which an independent contractor can be compensated, or left without any compensation at all.

Typically, this will always come down to the applicable insurance policies, or lack thereof, in terms of determining what happens and whether or not an independent contractor will be financially supported or not. This is why we always will recommend that independent contractors carry their own liability insurance.

Were You Injured Doing Independent Contractor Work in New York? Contact Us Today for a Free Consultation!

The experienced team at Siler & Ingber, LLP are always here to help you determine your best course of legal action in the case of workplace injuries, and we’ll help you better understand if your specific situation qualifies for a personal injury claim. Contact us online for a free case evaluation where we’ll answer all your questions and provide our expert legal advice, or call us directly at (516) 294-2666.